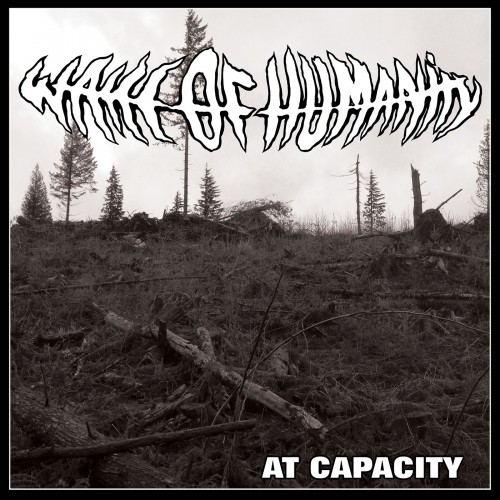 Wake Of Humanity – At Capacity 7″

Wake Of Humanity – At Capacity 7″

2nd Euro press of the debut EP from Seattle, WA’s Wake of Humanity. The cover is printed on different paper.
Vegan Straight Edge hardcore with a message. As it should be!

In their first release “At Capacity,” Wake of Humanity delivers a punishing sound of heavy hardcore with thought provoking lyrics that inspire you to make the world a better place. The record begins with a sample of a distant rainstorm and a lone wolf howling as it progresses into the bass driven track WA016F, a lamenting homage to the breeding alpha female of the Teanaway wolf pack who was recently murdered by a poacher just a mere 45 miles from Seattle. The EP wanders through an unapologetic call out of opinionated activists contradicting themselves in “Null and Void” and the horrors, pain and suffering brought on by vivisection in “Without Valor.” The EP concludes with the title track “At Capacity” where LaPointe agitatedly proclaims “WE ARE THE BOTTOM LINE” aimed at how as a species Homo sapiens have completely lost touch with non-human animals, the environment on which we rely and ultimately each other. The crushing breakdown and sing along at the end of the song paves the path for their next release which will prove to be as diversely energetic as it is dark and devastating.