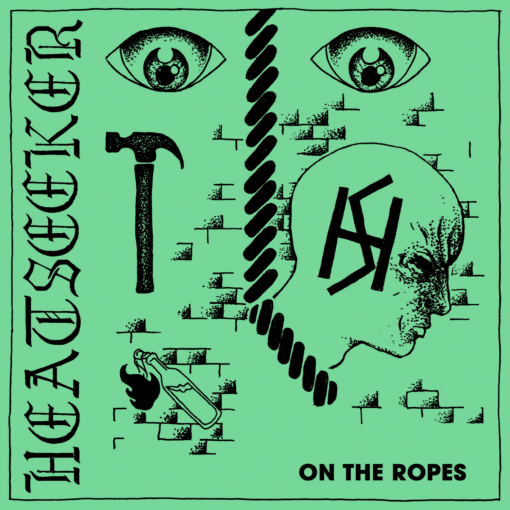 Heatseeker – On The Ropes 7″

Heatseeker – On The Ropes 7″

HEATSEEKER “On the ropes” 7″EP (black) (REFUSE)
It’s second 7” coming from HS from Warsaw and even thought it’s their debut at Refuse Records, most of the HEATSEEKER boys are not freshmen to Refuse though. Refuse Rec. released their previous bands before like BURST IN, DOUBLE VISION or X’S ALWAYS WIN, but Heatseeker don’t sound like any of them – it’s heavier, faster, more aggressive and raw. It is an ugly hardcore for ugly times. With their riffs, you’ll overcome your doubts about joining the pit easily. No exaggeration here, but this record stands out from an average European hardcore so better don’t sleep on as it’s not really quiet on the eastern front. FFO: Hardcore! https://heatseekerhc.bandcamp.com/