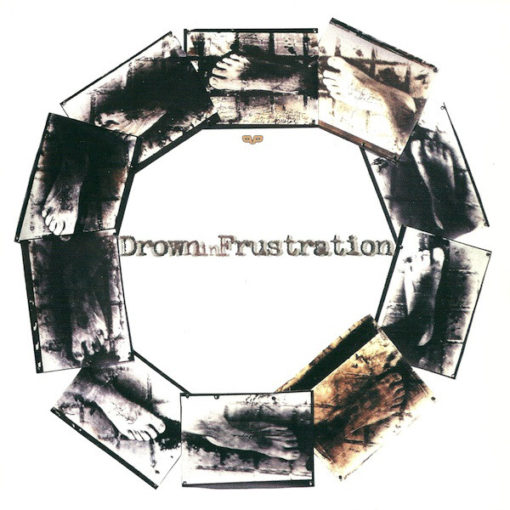 Here’s a 7″ from 1999 featuring 2 quite different bands from Sweden and Germany. It was released on Pateline Industries, a label from Germany. I believe this was one of its final releases before the label folded.

Crowpath was a technical death metal/hardcore band from Sweden with a number of releases under their belt. This was their first release after they did a couple of demo’s. The 2 songs here are some of their more straightforward material, relatively speaking that is. They since incorporated more death metal and grindcore influences into their songs and also became more technical, and ended up putting out records on labels such as Earache and Willowtip. Crowpath split up in 2009 or so but some of the members have a new band called Tellusian.

Drown In Frustration were more of a melodic rocking hardcore band with an emocore edge to them. Definitely good stuff as well, and it’s cool the label put 2 quite different bands on this split. DIF had already done a 7″ of their own, also on Pateline Industries, before this split 7″ and would also release stuff afterwards. DIF went through some line-up changes and long periods of inactivity and eventually the remaining members changed the name to/started a new band called Man The Change and are still active under that name. Do check out Man The Change, it’s good stuff.