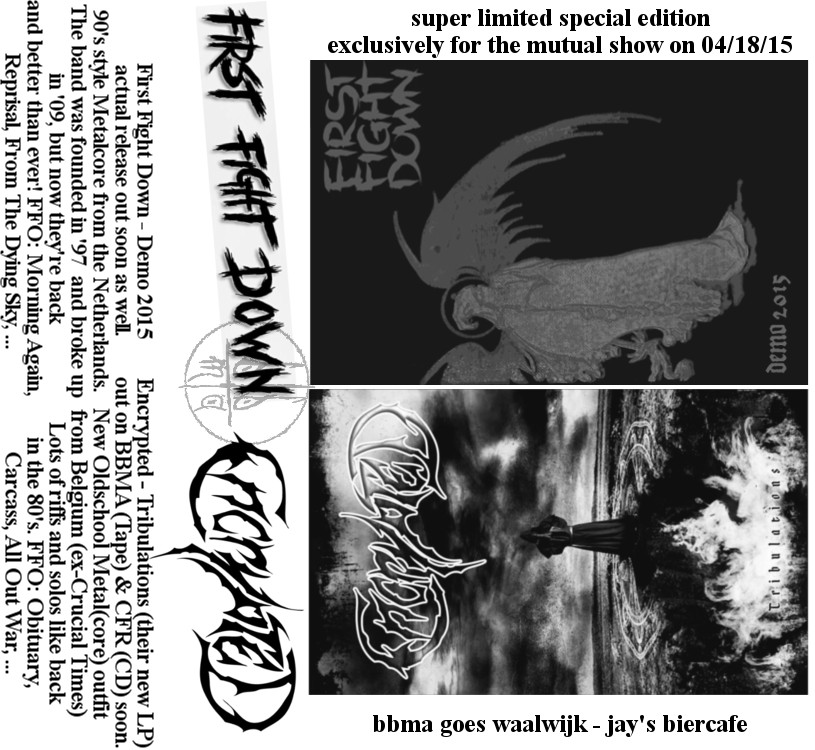 Split Tape of 2 upcoming releases (Encrypted – Tribulations & First Fight Down – Demo 2015).
Did this as a small surprise for a show they played together because the tapes unfortunately were’nt ready yet.
…as I did this very last minute (the evening before the show) I only had time to dub 6 of these though 😛