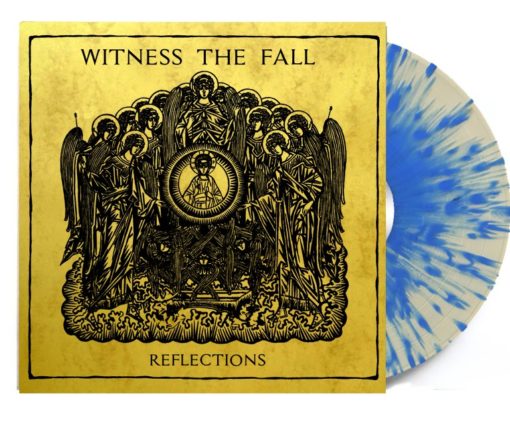 2014 debut LP by Netherlands best kept secret and probably the best current real 90’s melodic metalcore outfit around.
Witness The Fall were formed in 2001 from the ashes of Tresore and have only been moderately active since then,
until 2014, when, after some line-up changes (contained members of bands like The Darkest Red, First Fight Down, Drain-Life, …),
they joined the BBMA roster and with that also became a lot more active again.

This 12″ record was self-released, completely diy with a screenprinted fold-over cover, a nice booklet and even comes with an audio cd.
1st Press/250: clear/blue splatter version/100 & clear version/150 (both handnumbered).