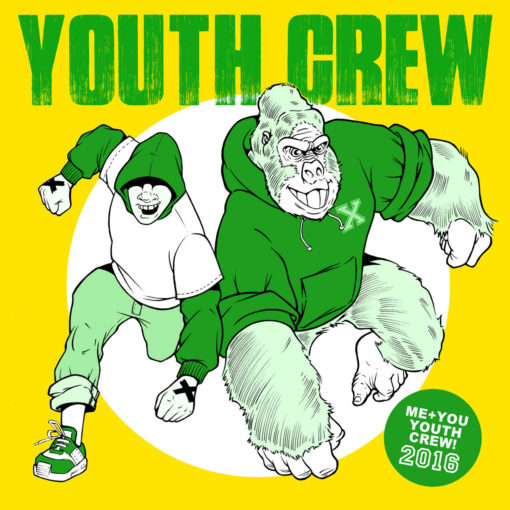 In 2008, Positive And Focused Records released the first edition of the Youth Crew compilation. The idea behind the compilation was to present and support some of the best new youth crew bands from all over the world. It turned into a bi-annual tradition, and after Youth Crew 2010, Youth Crew 2012 and Youth Crew 2014, we have now arrived at the fifth editon of the Youth Crew compilations, Youth Crew 2016. For this edition, Positive And Focused Records is joined by five other labels – SP Discos from Peru (although based in Germany these days), Ugly And Proud from Bulgaria, Speedowax from the UK, State Of Mind from the US and Commitment from The Netherlands. The 2016 edition features eight straight edge bands from three different continents: Modern Problems, Spirits and Face It from the USA, Toma El Riesgo from El Salvador, Tomar Control from Peru, Stand Clear from Indonesia, Awake from Portugal and Zero Eight One from Italy. Some songs are very fast, some are very melodic, some are even somewhat chaotic, but it’s all, without any exception, music that will make you jump around, fingerpoint and sing-a-long in your room with a big smile on your face in no time – as that is what youthcrew does! The 7” comes limited to 520 copies (120 on old school black, 200 yellow and 200 green) and the artwork was again done by Javi – just like all previous editions.