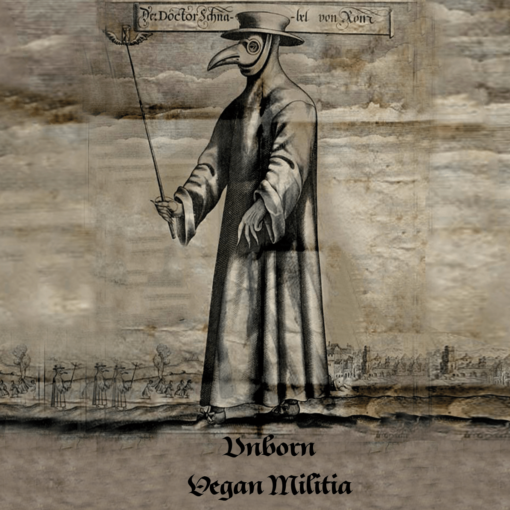 Unborn is an old band from England and for this album, Rat from Statement recorded everything including lyrics and vocals.
Vegan Militia is a one-man project from Spain. Because I respect the privacy of the person behind, no further information will get disclosed.

Originally this split was released as a CD version by Vegan Records in 2013.